Ah, my mother. I think that it would actually be possible to dedicate an entire blog just about my mother. She is delightful and SO much fun to make fun of.

We were on a cruise together and so we were roommates. We laughed a lot during that trip. So here is just a very small taste of the Life of Carol.

My mother is not a morning person. and then she gets her coffee 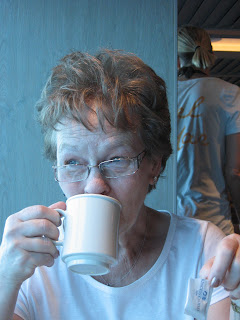 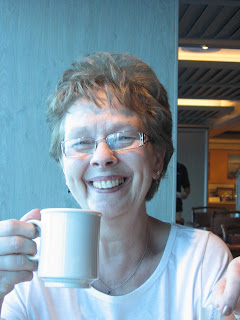 While on the ship we often took the steps instead of the elevator so when we went to use the elevator my mom got a little turned around.

There were a set of elevator doors are on either side of the hallway. Instead of going into the elevators she stood for quite a while in the hallway looking for the elevator buttons. 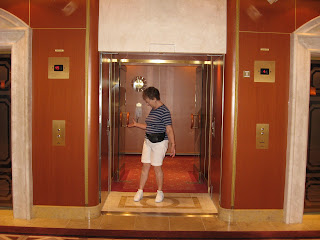 Mom had just washed her hair and wanted it looking nice because we were going to be attending the fancy shmancy dinner later on.

My mother is a pretty smart cookie. She thought that maybe resting her head on something would prevent a case of the dreaded ‘bedhead’ that she wanted to avoid.

So I found her taking a nap while resting her forehead on my water bottle. 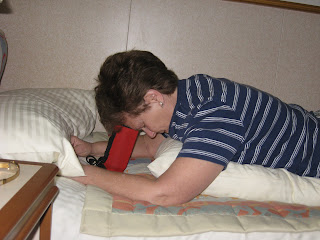 And her hair looked lovely.

And so did the ring on her forehead.

2 thoughts on “My Momma”