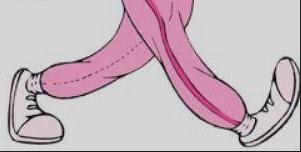 My little project over the last four years was to walk every street in my hometown of Hamilton Ontario. I will get to some of the details throughout some of these posts over the next little while but it is my hope to string some of these together into a short story to be submitted to my writing club – Hamilton Mountain Writers’ Guild – for it’s next publication. It is to be ready by the spring of 2019 and it will hopefully be published, along with some other fine short stories, by the fall of 2019.

So my project started in September 2014 and I calculated that I was going to be finished at end of September 2018. Last week I posted on my Facebook page that I would be crossing the finish line on Saturday at 4:00. One of my daughters was going to be there with her two children to cheer me on.
Someone mentioned that I should call the mayor or the newspaper but I had a hard time imagining my phone call to the mayor’s office  – ‘Say, would the mayor want to walk with me? I am finishing up a really long walk and thought that if he had nothing else to do, he might want to come along.’ No, our city was in the middle of an election campaign so that didn’t seem right somehow so I didn’t pursue it.
As it was, I expected that it would be a little anti-climactic. I would walk down the street. A couple of kids would high-five their grandmother, I would take a selfie and I would go home. A little bit like when Forrest Gump finished up his running. He just stopped without fanfare and turned around and went home.

So we get to Saturday and I realised, too late, that it was the wrong day to pick. The local football team had a home game and I had to walk on Carrick Street which is quite close to the stadium. There was precious little parking as the crowds were gathering to cheer on the Hamilton Tiger Cats. Now the reason that I picked Carrick Street was because when our last child moved out of the house, and made us empty nesters, he moved to Carrick Street. Another reason was that my friend Sarah is writing a story about a notorious Hamilton murderess who lived on Carrick Street many, many years ago. So that street was sort of symbolic regarding beginnings and endings.

I walked around the block so I could get to the starting point of the last street and noticed, just before I got to Carrick Street, that the mayor was across the road meeting and greeting people who were going to the game. I decided to cross the road to talk to him mostly because I had to kill a little time so that I would be reaching my finish line at the right time. I mentioned to someone there of my project and the finish line which I was about to cross. Mayor Fred heard about it and came over to talk. I showed him my walking map and he asked if he could tag along.

So began my last walk to complete my project. Me with the mayor and a couple of his people tagging along. We walked up to the finish line where some family awaited me. My cousin was there to hand me some flowers and my grandchildren wrapped me up in the finish line ribbon. I confess that it was fun to see the shocked look of some of those gathered that I had brought the mayor along. What a fun way to end it. Had I tried to plan it that way it never would have worked out.

8 thoughts on “Confessions of a Street Walker – part 1”